Well we have all seen the news – Curt Schilling (career stats) has come out and said that he would be interested in the Pitching Coach opportunity with the Sox.

We know that he will come with baggage – political, video games, opinions and history. But when it comes to getting to know pitchers that are on the Red Sox roster – Curt Schilling would be the man. He understands the mental aspect of the game, when to be aggressive and when to send a message to the other team.

At this point some fresh blood on the coaching staff should include another former player. During the playing days for Schilling he was known for his scouting report of players (sure having Tek catching was great too), had done his homework and time in the video room reviewing games.

All of this would translate great into the Pitching Coach routine. He would make sure that every pitcher had done their homework, knew the opposing lineup and had a plan heading out on the mound.

Schilling’s history with the Red Sox is his bloody sock and the curse-breaking 2004 World Series champion team. He knows how to compete on the mound and pitch in big games – a great leader that would help drive the Sox pitching staff to succeed to their fullest.

Could there be times of frustration with him? For sure – he will voice his opinions with the media. Since the Sox were eliminated early this year – time to share it up and Schilling could be the answer.

Of course… what if Pedro (career stats) threw his hat in the ring – how amazing would that be for the team? 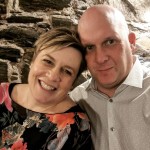